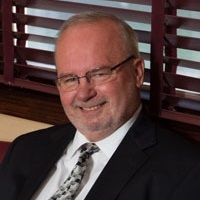 Ken has been with FFP for 14 years imaging and processing investments for over 100 FFP Representatives. He also coordinates all Security Licenses and State Insurance Licenses that are needed for FFP Reps. Ken currently holds his Series 6, Series 26, and Series 63 Registrations with the Financial Industry Regulation Authority (FINRA). He also maintains his New Jersey State Life, Health, and Variable Annuity License.

Client and Financial Advisor satisfaction is a priority to Ken as he believes treating others the way he would like to be treated is important both inside and outside of the office. Ken was born and raised in Jersey City, NJ where he met his wife Maureen. He has two children, Ken Jr and Jennifer. In his free time, Ken is an avid hockey and NY Yankees fan.