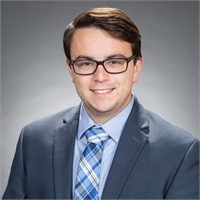 Before joining FFP Wealth Management, EJ graduated from Steven’s Institute of Technology with a Mechanical Engineering degree. For almost three years, he worked for STV, a large engineering and construction management firm in New York City. EJ assisted in the Delta LaGuardia Reconfiguration Project where he oversaw and managed the passenger boarding bridge work along with the mechanical piping systems.

The turning point in EJ’s career came after he found himself hearing a lot of similar conversations with many of his fellow engineers and coworkers. Many of these individuals were well-educated, smart, driven individuals, but they often had next-to-zero financial literacy or guidance on how to utilize the money they were making. Through this experience, coupled with his journey in working with a non-profit in Africa, Sharing Hope, where he was able to provide hands-on assistance for communities in need in Eswatini and Mozambique, the idea of helping solve problems for real people became his passion. He saw the need for financial planning and immediately became determined to study finances and educate himself on the industry. He began reading and researching in his free time, while grabbing recommendations from people he knew in the finance industry, seeking to gain additional knowledge about financial planning.

“The idea of becoming a financial planner for hard working, incredible people became an obsession of mine. There is nothing I have encountered that is more fulfilling for me then being able to serve others, helping them achieve their financial goals and aspirations. For me that is what made financial planning such an enticing occupation.”

EJ is now a Wealth Management Associate at FFP Wealth Management, working towards advancing his career. In his spare time, EJ enjoys going fishing, travelling the world, spending time with family and friends, and playing soccer. EJ hopes to return to southern Africa in the near future and continue his work with Sharing Hope.