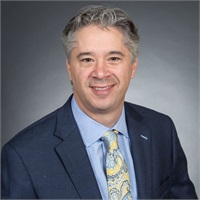 For Chris Briamonte, being a financial advisor is about more than just dollars and cents; it’s about building relationships, helping families secure their futures, and enabling people to realize their dreams.

“I cannot think of a more fulfilling and satisfying profession than that of a financial advisor,” says Chris. “Each day I am humbled and motivated by the confidence my clients place in me to assist them in meeting their financial goals and aspirations. It drives me to do the best job I can.”

Chris is a Certified Financial Planner™(CFP®), General Securities Principal, General Securities Representative, and Licensed Insurance Producer. In addition to running his own practice, he manages 15 FFP advisors and is a frequent speaker at CPA & CFP® Continuing Education training meetings.

A graduate of Villanova University, Chris holds a bachelor’s degree in Business Administration with a concentration in Finance. He has been a practicing financial advisor with FFP since 1998 and was named Division Manager in 1999. His impressive list of business accomplishments includes being named TFS Rookie of the Year in 1999 and TFS Rookie Manager of the Year 2000, becoming a perennial TFS Presidents Council Member, and receiving the inaugural TFS President’s Trophy for Professional Excellence in 2011. Chris is also the creator of The Bucket System – a novel financial planning tool that allows advisors and their clients to better understand their game plan in a simplified, concise manner. The Bucket System was born out of the work Chris did with several Jersey City Firefighters who were considering early retirement because they were worried about changes to their pension system.

“I went to see a couple who had been clients of mine for many years. I hadn’t planned to see them that day, so when I got there all I had to work with was a napkin at the table. I drew some circles and talked about separating their funds into different buckets. It might not have been the most polished presentation I have ever given, but it connected with the client, and that’s what counts.”

Chris says he will never forget the client’s reaction: “Chris, in all the years you have been advising us, I understand the buckets on that napkin more clearly than anything else!” Since then, The Bucket System has been an important tool in his toolbox. Chris’s passion for helping families live life to the fullest comes as no surprise – given the value he places on family in his own life. Chris and his wife Eileen reside in Holmdel, NJ, with their two young daughters. Having recently put his golf clubs in the attic, he now spends most of his free time coaching on the softball diamond and basketball court, which allows him to share his love of sports with his girls. Chris is a volunteer Commissioner of Basketball and Softball for the Holmdel Youth Activities Association. He is also an active member of St. Catharine’s Church, where he serves as Co-Chair of the St. Catharine’s Picnic Committee.